What Mark Zuckerberg Didn’t Tell You 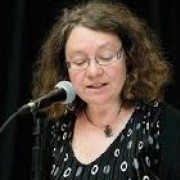 Lilian Nattel is the author of Girl at the Edge of Sky, Web of Angels, The Singing Fire, and The River Midnight. She lives in Toronto, Canada, in a tall narrow house with a pair of teenagers and a chef-master intellectual.

Welcome here! Enjoy all the extras–a pause to refresh. Some of it is the usual, but there are surprises, too. Reading guides,  reviews, the latest in positive news, my journal, recommended books I didn’t write, and also pics of urban nature. There is green in the city, friend.

#urbannature #books #kindness Author: Girl at the Edge of Sky; Web of Angels; The River Midnight; The Singing Fire

It's spring there. Just got back from reading in V