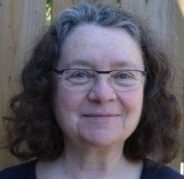 “[A]n irresistible page-turner, in which the dutiful daughter of a family assumes the online identity of her late, audacious sister. There’s more than one mystery hidden in this entertaining and cleverly told story, but the heart of Only Sisters lies in Nattel’s searching look at the idea of family. What makes a family, “biological” or blended, and how does it cope with secrets, guilt and betrayals?…Only Sisters is going to stay with me for a long time.”

A unique and thrilling novel based on the true story of Lily Litvyak, female Soviet fighter pilot shot down behind German lines in the Second World War…“[A] masterwork of the imagination, bringing us deep into the precarious life of a remarkable woman who lies to fight for the country that would disown her, and then lies to survive the enemy that would annihilate her.”

“Astonishing, shocking, loving…Step into this novel and you will find yourself submerged; wake from it, and you will find yourself transformed.”
Bestselling novelist Lilian Nattel tackles the controversial subject of D.I.D. (multiple personalities) in a gripping page-turner. Can a seemingly ordinary mother save her neighbourhood’s children from the danger no one else perceives–even if it means she has to reveal the hidden nature of her existence?

“By turns earthy and lyrical, The Singing Fire…conjures up the fog-and smoke-filled breath of London…steeped in an atmosphere of mystery, reaching for soaring, transcendental truths…I wept unabashedly more than once…”
From the acclaimed author of The River Midnight comes a tale of immigrant women who change each other’s lives and the face of old London.

Myth meets history in Blaszka, a fictional village in Poland and the site of this beautiful, multi-layered novel set in 1894. “In this magnificent novel of magic and mystery, Lilian Nattel has resurrected a vanished world that explores the tensions between men and women, and celebrates the wordless bonds of friendship in a way that is simply unparalleled.”

A story about #mentalhealthissues #OCD #foundfamily #newbooks
Enjoying the sun with my honey, #torontoalleys #torontomurals #murals
Free sunrise every day! #sunrise
Only Sisters pub day! I was under the weather so my kids went to @indigo to see my book on display! #newbook
Book mail! What a great surprise #bookmail #bookstagram #bookclub #contemporaryfiction #womensfiction #penguinrandomhouse #literaryfiction #bookfairy #bookbox
When your milk is in a bag and you forgot to take it out of the freezer